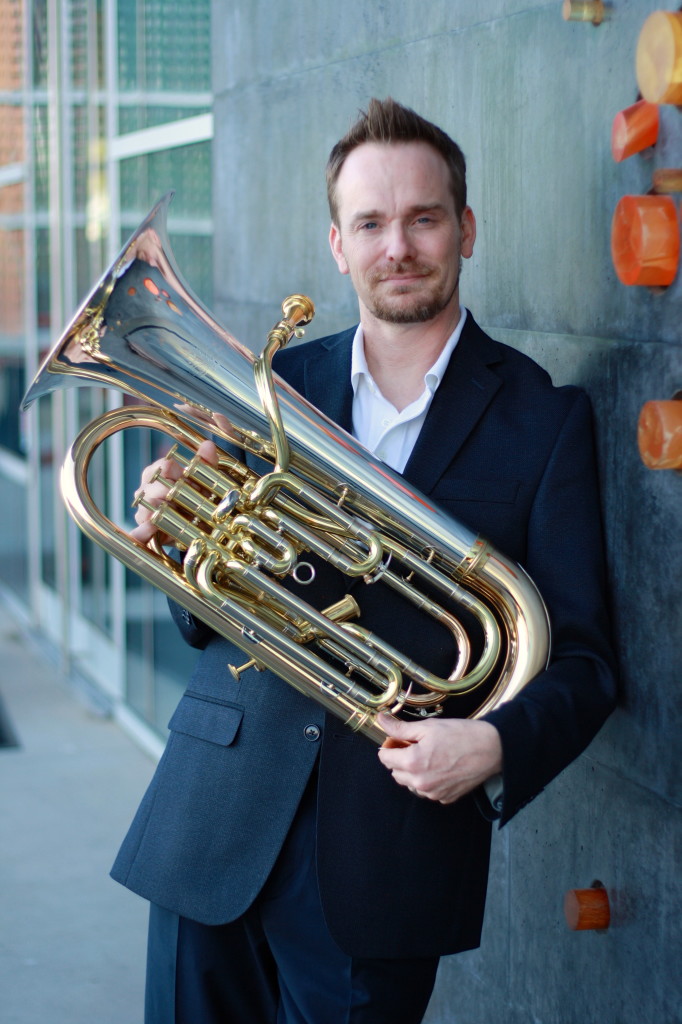 Adams Euphonium artist Brian C. Wilson is an active and highly sought-after clinician and euphonium soloist.  Among the most elite euphonium players on the

West Coast, Mr. Wilson currently performs as Solo Euphonium in the southwestern-based Salt River Brass, conducted by Patrick Sheridan. Featured as a soloist by Miraphone and Yamaha, Mr. Wilson has also served as principal euphonium in the Arizona Wind Symphony, toured as a soloist throughout Europe with the Arizona Ambassadors of Music, and has performed and recorded with Summit Brass.

As a clinician, he has given master classes to schools and institutions throughout the Southwest. Brian lives in Chandler, Arizona with his wife Joanna and Daughter Natalie. For further information, or to contact Brian, please go to: www.iplayeuphonium.com.

Brian is a highly talented and imaginative performer who is finding new and exciting ways ways to promote the euphonium. I look forward to hearing what comes next from this dynamic artist!

Brian Wilson is an incredibly musical Euphonium Soloist! His adventuresome approach to repertoire, thoroughness of musical preparation, and absolute fearlessness on stage are compelling reasons to hear this talented performer in concert!

GREAT SITE!!! The resources, playing, PICS(!!!), and teaching on the site are fantastic! Brian Wilson is a top-notch player, teacher and entertainer! Bravo!!!