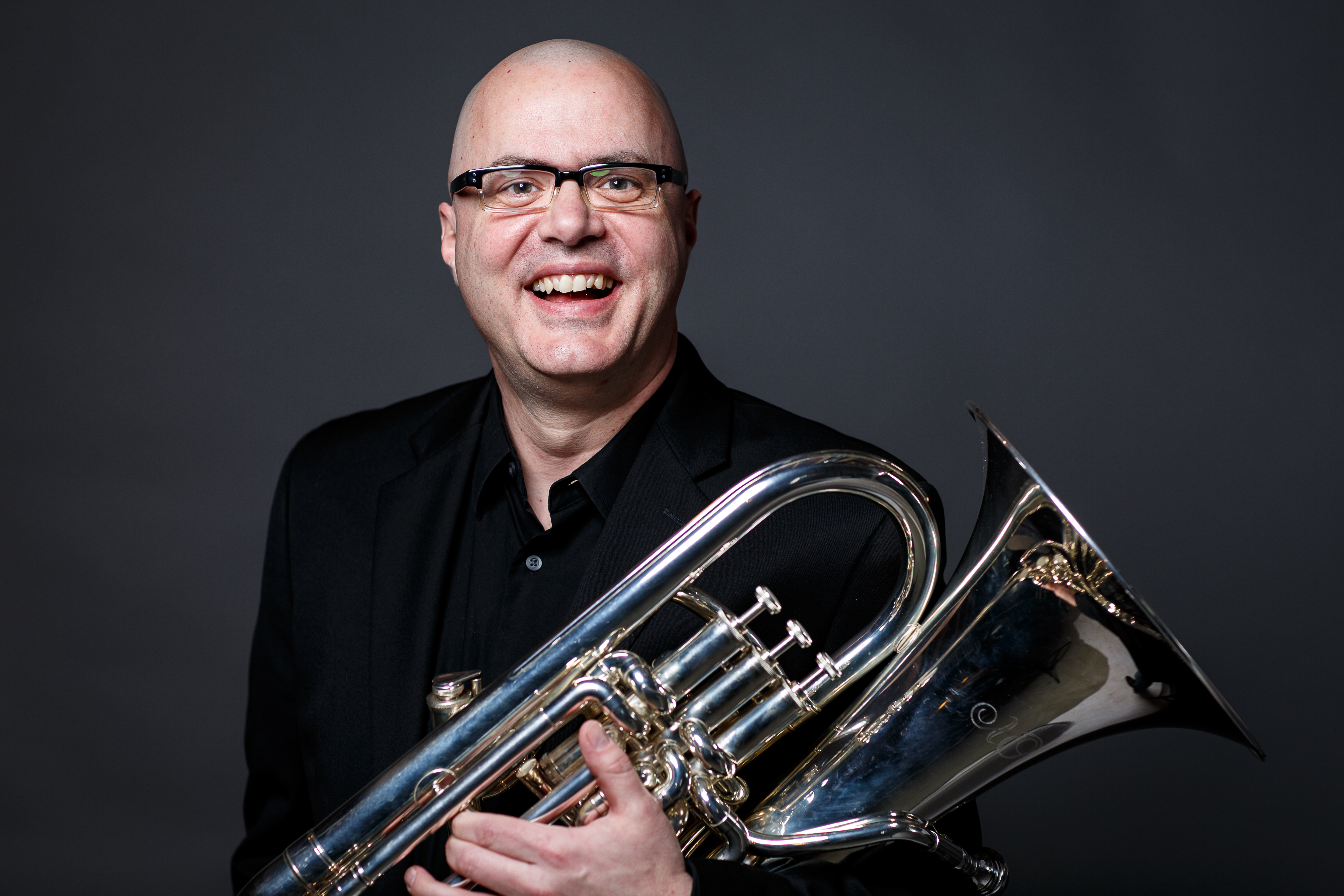 LANCE LADUKE is internationally known as an educator, writer, speaker and performer (euphonium, trombone, singer and enthusiastic ukulele-ist). Lance teaches at Carnegie Mellon University, as Artist Lecturer in Euphonium, Freshman Advisor and Coordinator of Special and Creative Projects. He is also a Fellow of the school’s Center for Arts Innovation. Additionally, he teaches classes in music business, marketing and communications as part of the Music Entrepreneurship Program, and coaches and mentors a variety of chamber ensembles. He is also Adjunct Professor of Euphonium at Duquesne University. Lance is a former member of international touring quintet Boston Brass, the United States Air Force Band in Washington DC and the River City Brass Band, the only full time professional brass band in the country.

Lance has performed with some of the finest ensembles in the country, from the Brass Band of Battle Creek to The Philadelphia Orchestra. He has taught and/or given masterclasses at some of the world’s finest universities and conservatories, including Juilliard, the Royal Academy of Music in London, the Hong Kong Academy for Performing Arts and the Tatui Conservatory in Brazil. He has appeared on over thirty recordings, has produced ten others and has toured extensively throughout North America, South America, Europe and Asia. His performances have been seen and heard on countless television and radio programs and Lance has appeared onstage with such artists as Henry Mancini, Doc Severinsen, Morton Gould, Morgan Freeman, and Frederick Fennell.

A graduate of Michigan State University, Lance received a bachelor’s degree in Music Education, with a cognate in English. After graduate study at the University of Akron (euphonium performance) and George Mason University (instrumental conducting), Lance joined the United States Air Force Band in Washington D.C. While there, he performed for two presidents, countless dignitaries and heads of state and in hundreds of protocol functions, ceremonies, and public relations tours. He maintained a Top Secret security clearance, played for well over a million people from the White House to Red Square, and can be seen (with a magnifying glass) in the movie A Clear and Present Danger.

Lance has written for countless organizations, including sketches for radio, stage and themed attractions. He studied comedy improv and was a member of several improv troupes and regularly steps in front of audiences around the country in a number of character and comic roles. Lance co-wrote and produced (with Deanna Swoboda) Band Blast Off, a band recruiting DVD and is currently in development on another. His comedy songs, including a touching elegy to a dead goldfish and a song about getting underwear for Christmas, are available for viewing through lanceladuke.com. Additionally, he has recently launched a speaking career, sharing his ideas on practice, leadership, and self-development.

His book, “Music Practice Coach, Five Workouts to Get the Most Out of Your Practice Time!” is available through marketingvp.us or in all ebook formats.